A Co Tipperary farmer has joined a class action lawsuit against the Austrian ski resort of Ischgl after he and four friends contracted Covid-19 during their week-long stay last month.

At least 5,000 people, hailing from Iceland to Israel, have registered interest with an Austrian lawyer who suspects the village, local businesses and the region of Tyrol ignored health warnings about Ischgl being a Covid-19 hotspot.

“This isn’t about monetary gain, someone has to be answerable because there was wrong done,” said Brendan Bourke (53), from Killea near Templemore.

Mr Bourke and four friends flew out from Dublin on February 29th for a week’s holidays in Ischgl. They had four good days of skiing and spent their evenings in village bars, where there were occasional coronavirus jokes but no real concerns.

He said the bars were “always jam-packed with people” and that “from a certain time of the evening staff have to blow whistles to get through with their glasses”.

On March 6th, a day before they left, one of Mr Bourke’s group developed a cough just as they first heard about Covid-19 cases in Iceland among people returning from Ischgl.

A day earlier Icelandic health officials warned their Austrian counterparts of 14 skiers having returned from the village with Covid-19. The Austrians suggested they could have picked up the virus on the plane back. 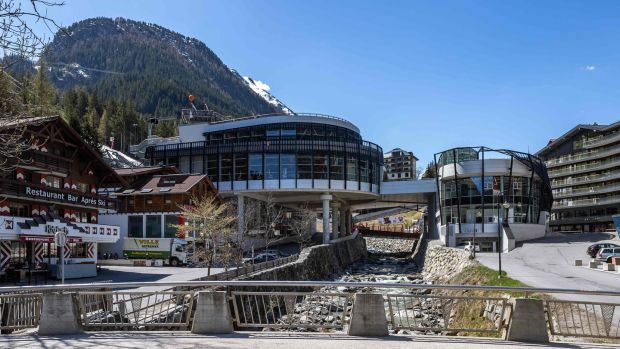 Ischgl, a tourism hotspot in Austria, where many visitors say they contracted coronavirus. Photograph: Johann Groder/AFP via Getty

Similar clusters were soon reported among Ischgl returnees in Sweden, Germany and Denmark. Norway believes 40 per cent of its Covid-19 cases can be traced to the Alpine village.

Mr Bourke says he fell ill three days after returning, experiencing a cough, back and neck pain, shortness of breath and pressure in his chest.

Between returning and falling ill, he attended two rugby events, visited a meat factory and at least one farm and did two school runs. He had tea with his neighbour but told his 91-year-old mother, who lives next door, to keep her distance.

Once diagnosed, Mr Bourke self-isolated and neither his wife nor children have developed symptoms, nor have those with whom he had contact on his return.

All four of his friends tested positive after returning and had mild symptoms; one infected his wife and 10-month-old baby as well as four people in his office.

While sick at home on around March 12th, Mr Bourke logged on to the Ischgl website and, via a webcam, was amazed to see skiers still on the slopes. Days later, Ischgl made world headlines as a super-spreader Covid-19 “catapult village”.

Austrian lawyer Peter Kolba, organiser of the class action suit, says he is aware of 11 Covid-19 deaths to date of people with direct or indirect links to Ischgl.

More than 500 people have already given him power of attorney in his suit, seeking answers on the eight-day gap between the Icelandic warning and the Ischgl shut-down.

“Our main focus is on the authorities who, we suspect, acted too slowly with massive pressure from the tourism industry and powerful ski lift companies,” said Dr Kolba.

Local mayor Werner Kurz has hit back at international criticism, saying the village acted in line with official advice as quickly as possible.

“No one knew this virus, it was a new situation for all,” he said.

Apart from a persistent cough, Mr Bourke says he has recovered from Covid-19 but has mixed feelings now.

“There’s a sign in the main street in Ischgl, the first thing you see, that reads ‘Relax if you can’,” he said. “I can’t relax because of what happened there. I just hope there’s no longer-term health damage.”

by Derek Scally, The Irish Times