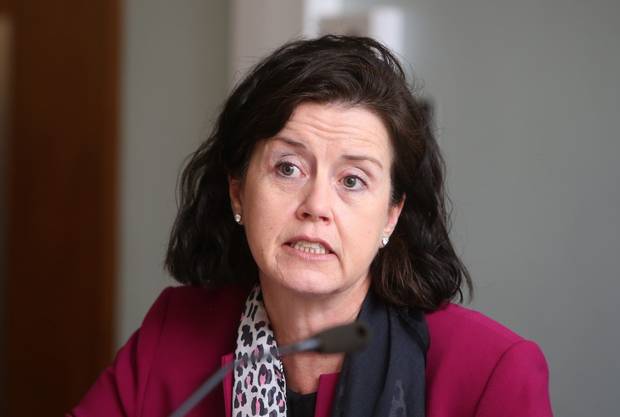 Insurance companies are enjoying bumper profits running into hundreds of millions of euro amid mounting pressure to ease the burden on customers. Three major firms in Ireland made combined profits of almost €200m last year. Despite the boom, high costs for consumers is still a major sticking point when it comes to the insurance industry.

Aviva is the latest to report massive earnings as it made €113m in operating profits in 2018. This was up from €99m in the previous year. The profits are from motor, home and business insurance, as well as earnings from the company’s life and pensions sections. It is the fourth consecutive year of double-digit percentage growth in both its life and general business. Despite “more challenging market conditions”, profits at the general insurance business rose 4pc to €63m on an annual basis. Now, the leading insurers are being urged to cut their premiums, given that they have returned to earning bumper profits.

The Alliance for Insurance Reform said insurance companies were benefiting from changes in the market brought in by the Government and the time has arrived for policy-holders to be given a break. RSA revealed last week that it made profits of €35m in this market last year, and FBD reported profits of €50m. However, FBD chief executive Fiona Muldoon did admit that the strong set of financial results the group reported does little to advance its cause in seeking reform. And the chief executive officer of Aviva Ireland, John Quinlan, called for more Government-led progress to cut personal injury claims costs so insurers can reduce motor insurance premiums to more sustainable long-term levels.

“The high levels of personal injury awards have also been a factor in the increased cost of commercial insurance for our business customers. “Further reforms are required here in order to reduce claims costs,” said Mr Quinlan.

Insurers have consistently complained about high levels of awards paid out by the courts and the frequency of claims, citing what they believe is the prevalence of fraudulent claims. Former High Court president Nicholas Kearns found in a report that awards in this country are almost five times higher than in England, and said that there was no deterrent to making a false claim. Businesses have reported premiums for liability cover rising by between 300pc and 400pc, with some firms that provide play centre facilities forced to close because of the insurance crisis. Motorists have seen premiums fall back recently, according to Central Statistics Office (CSO) figures, but this is only after massive hikes in the cost of cover. Some say they are still being asked to pay more each year. The Alliance for Insurance Reform said that insurers were benefiting from changes in the market brought in by the Government. It argued that policy-holders should see an easing of premiums as a result.

Peter Boland, of the Alliance, said consumers, businesses and charities needed to see a drop in premiums to reflect reforms being introduced. “We hear a lot from the insurance industry when it is making losses, but we seldom hear anything when they are making profits,” he added. He said insurance, particularly in the motor sector, was cyclical, but the market was profitable on average.

Mr Boland believes this market would not have so many big European insurance players if it was not so profitable. He added that there was a lack of transparency about insurance claims, payouts by insurers, their profit levels and the impact on premiums. Insurance Ireland pointed out that the CSO’s Consumer Price Index shows the cost of motor insurance has fallen by 22pc since mid-2016. “Insurers have managed the costs they have full control over, helping to deliver these reductions and returning the sector to profitability,” it said. It added that the Personal Injuries Commission has given the means to reduce the cost of claims in 2019, and the opportunity should not be missed by the Government.